Is MOBE Really A Scam?

Find out about it in: MOBE And The FTC Shutdown

“Well”, you say, “that water has passed under the bridge!”

I say, yes it has, but what I’d like to point out in this review is:

Llet this be a warning to future would-be scammers that it will come back to bite you in the end.  Each action has an equal and opposite reaction to it, as well as consequences that need to be taken seriously and responsibility taken for them.

Basically, if you make your bed, you will have to lie in it, so make sure it’s made the way you really want it to be. 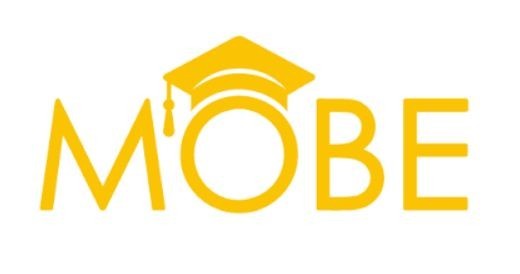 From what I’ve read and digested about the MOBE / MTTB Opportunity, is that they lead people to believe they could have My Top Tier Business or My Own Business Empire/Education built for them if they would but depart from their hard-earned money.

The upsells were so ridiculously overpriced, but people fell for their charm and lost thousands of dollars.  The regrets are totally evident in a lot of the comments I’ve read and it is actually heart-breaking to read of all the people who lost their life’s savings that they poured into this so-called venture to build their empire. 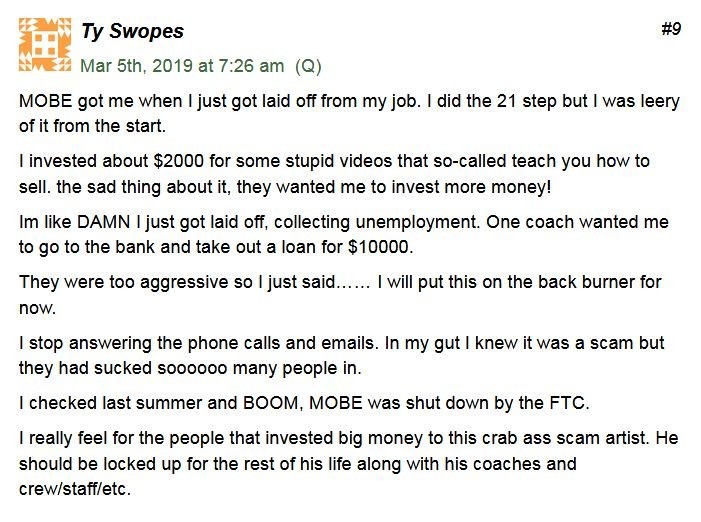 The problem I have with this whole scenario, is that although many, many alert
Affiliate Marketing Knowledgeable persons warned the public, from as far back as
2014, in many different posts and forums of this outrageous and scandalous scam-of-note, people still didn’t believe it was a scam. 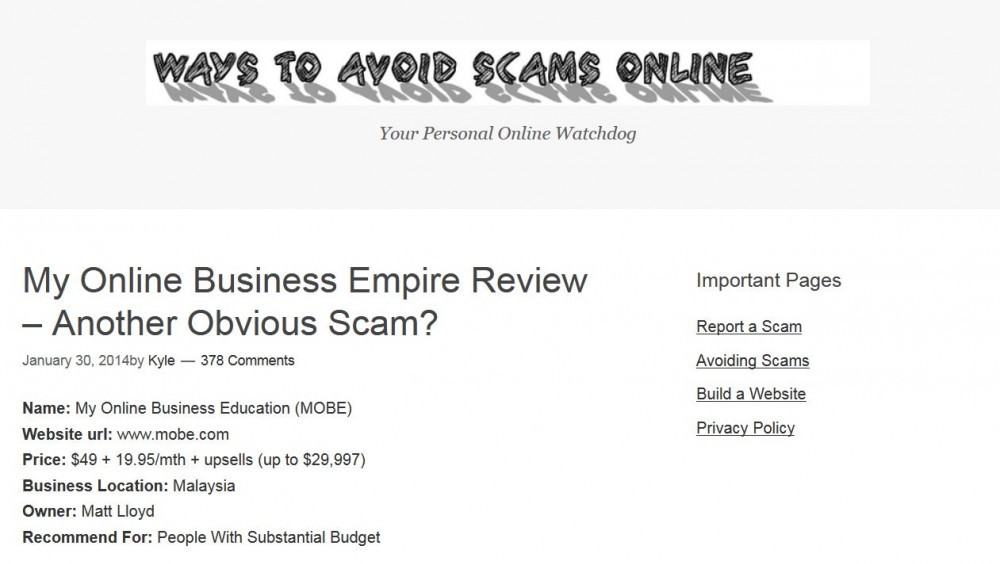 Yet members of MOBE defended the program second to none calling people names and telling them they didn’t know what they were talking about, and just making out that MOBE was the greatest platform to be part of on the internet.

Being Sued By MOBE

MOBE themselves went so far as to sue other legitimate Affiliate Marketing Opportunities Online because they really thought that they were better!  Take a look for yourself and read the full account of We Were Sued. We Stood Our Ground. We Prevailed. 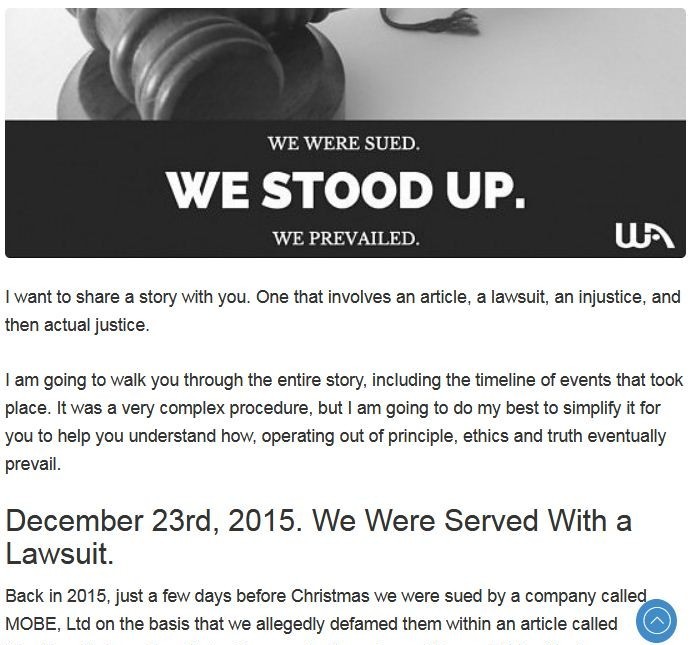 From this evidence, we can see that something was amiss from the start.  But it wasn’t until the FTC, Federal Trade Commission, found that a lot of people were complaining that they were losing thousands of dollars to MOBE Ltd, that the FTC decided to seriously look into the matter.

It is a known fact that the owner, who went by the username Matt Lloyd, but is actually, Matthew Lloyd McPhee, operated out of Malaysia to try and find loops holes so he could operate his business with his associates, Susan Zanghi and Russell W Whitney.

Here is a remorseful comment by someone who was scammed – already in 2016: 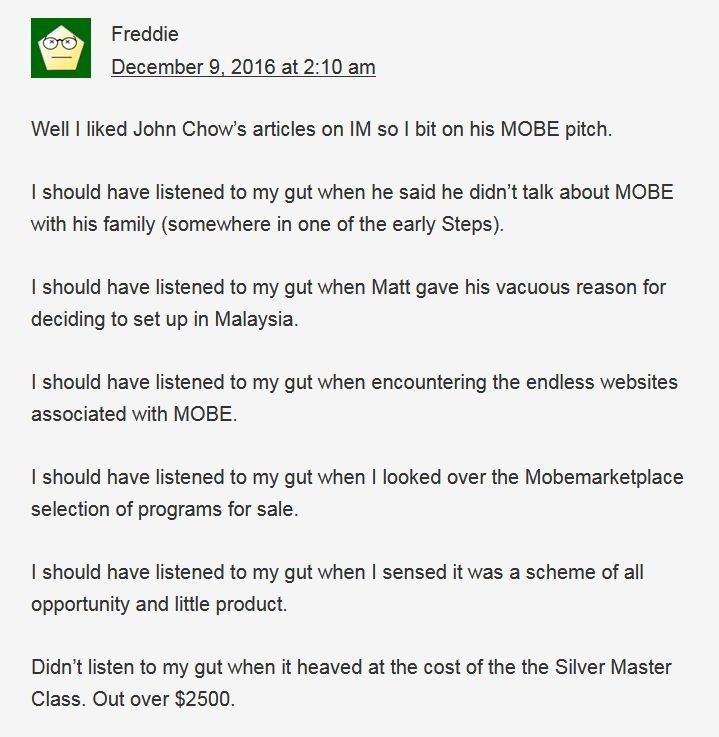 If your common sense is telling you that something is not right, listen to it!  If you have red flags – in other words – doubt, about something you are wanting to venture into, take heed and if in doubt, don’t!  It’s as simple as that.  Here are some tips on finding out how to find out if an opportunity is legit or not.

Following their investigation into the case of MOBE Ltd., the FTC began to discover that the complaints of the people were true and they needed to take action.

In Jun 2018, the FTC Halted MOBE, see below and click on the link for more information: 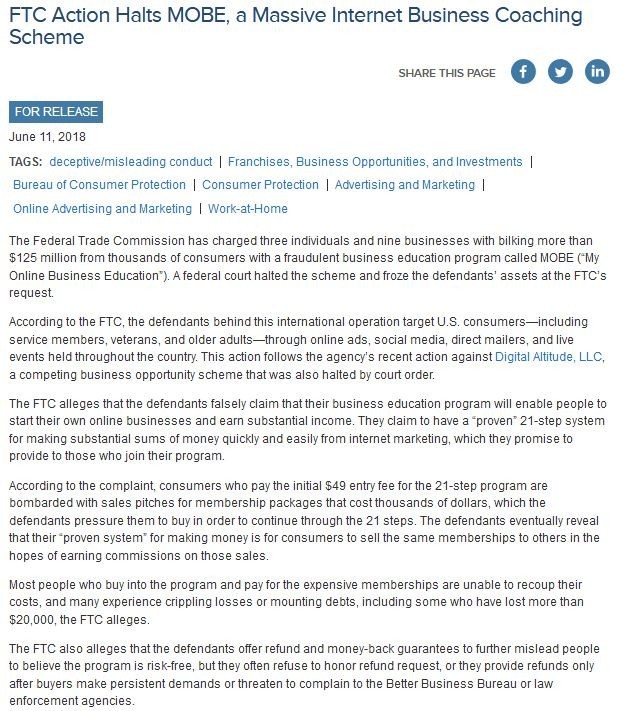 FTC Advice To Past MOBE Customers

Now the scam was burst wide open and everyone could see what greed does to people who scam and how many, many peoples lives were deeply affected by the callous
fraudulent minds of the people behind MOBE.

Members of MOBE started writing in to any platform that declare MOBE a scam to ask what they could do to recover their funds and the FTC provided a link for those who
wanted to know What You Need To Know If You Were A MOBE Customer.

It is quite ironic to read the comments on the FTC’s website of people who still believe that MOBE is a great company to have been associated with and this in August 2018 even after the shutdown had been declared by FTC! 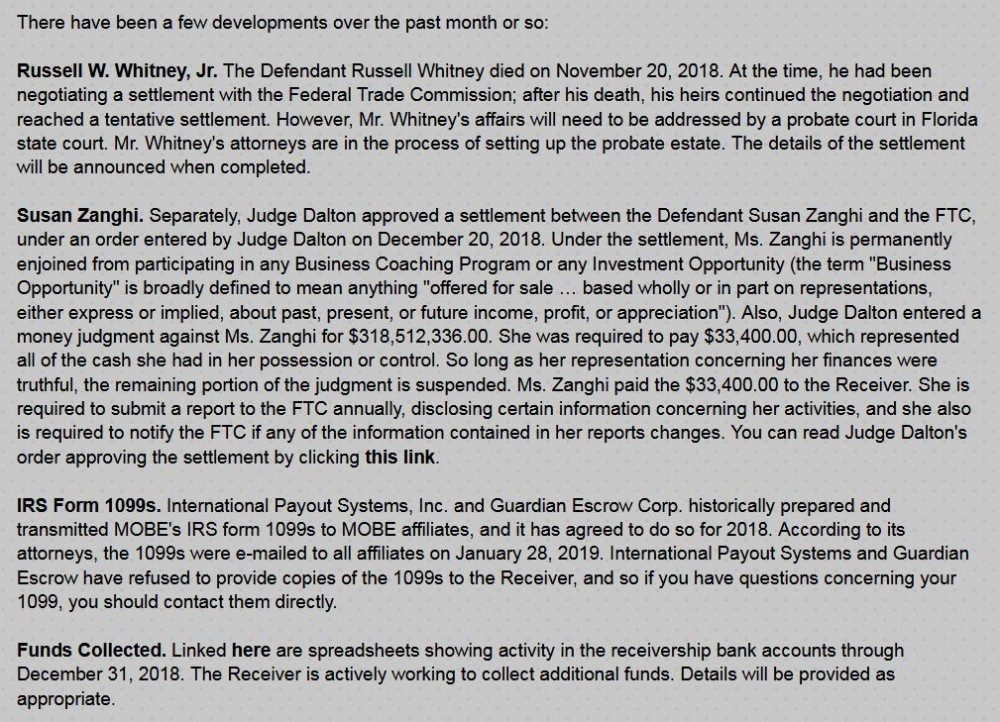 By Dec 2018 the FTC Published the following ruling: 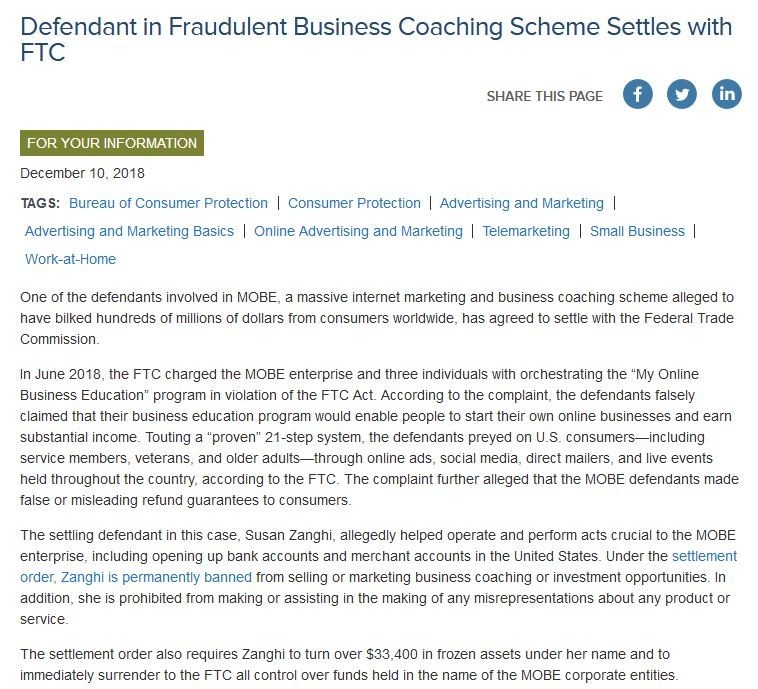 Continuing on into 2019 the case continues and the FTC uncovers more information and moves for default judgment. Click on the link here to read more. 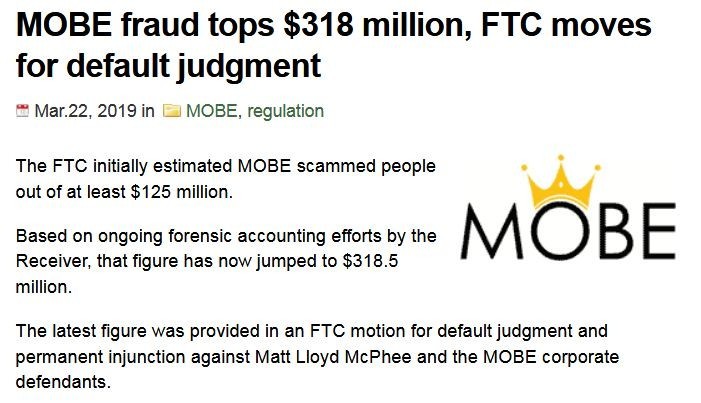 The Very Latest News On MOBE And The FTC Shutdown

At the time of writing this article, as of 22 April 2019, Matt Lloyd’s MOBE entry of default has been set aside.  See insert below. 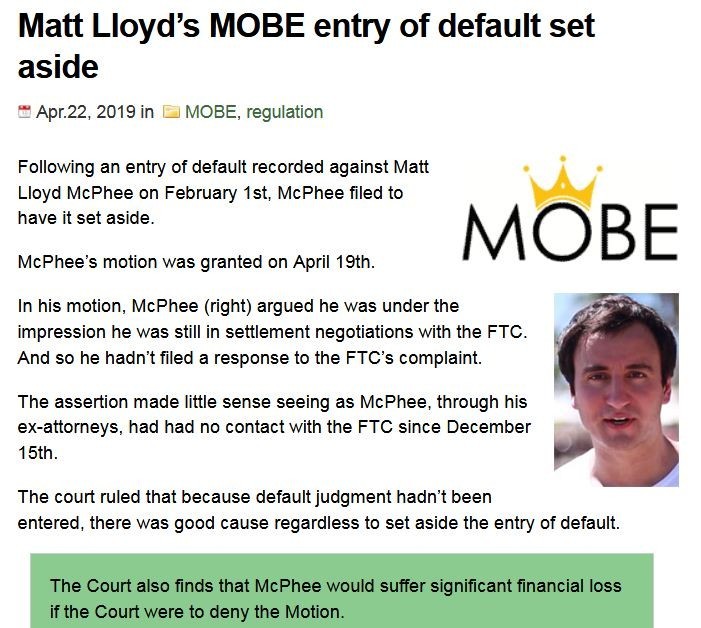 Many peoples lives have been destroyed, robbed of and brought low because of the audacity of this blatant scam over several years.  The time they spent building up their savings came crashing down in a short moment of time because they trusted the words of those you promised them a huge return on high investment.

Personally, I would find it hard to invest so much money without doing my due diligence first, and then some because I need to know that I’ll receive a huge return of investment if I invested 10s of thousands of dollars in a venture, otherwise I wouldn’t touch it with a barge pole.

When looking for a way to make income online from home, make sure you:

MOBE Is Definitely a Scam! 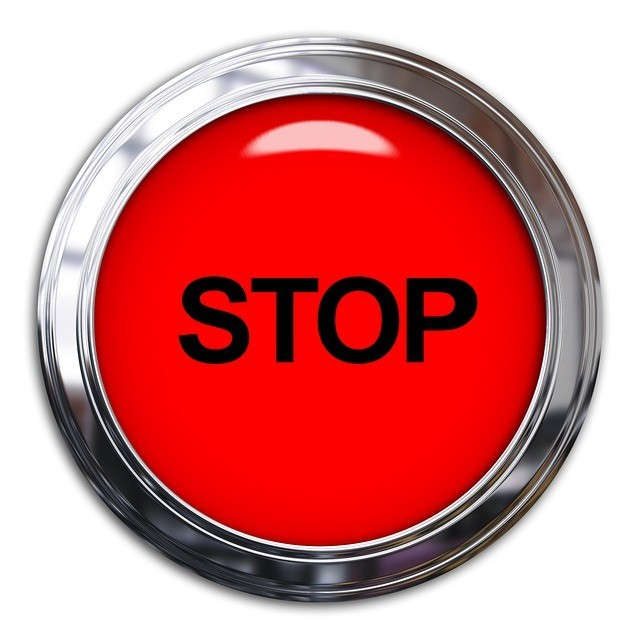 If you have been scammed by MOBE, leave your comments below and let us know how you overcame this blatant fraud.

But perhaps you would like to know what does work, take a look and see what I’ve found that really works and doesn’t cost thousands of dollars.  Click here to take a quick peek!

Is MOBE Really A Scam?

MOBE Associate Not Worth It